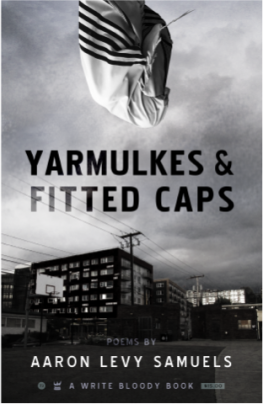 My experience of my heritage is curiously American, curiously Jewish. My paternal great grandparents immigrated from Ukraine. I don’t know when, or if my grandfather was born yet, or if my paternal grandmother’s parents were also from Ukraine, or what my family’s name was before their passage through Ellis Island. In fact, I don’t think anyone knows what my family’s name was before. More than Jewish — an identity which my grandfather kept private and my father kept hardly at all by the time I was born — I saw them as big men in suits talking big business and 1950s New York zeitgeist, which is to say, I saw them as American.

But my father also loved to talk about and cook “Jewish peasant food,” reminiscing at holidays about his celebrations as a child of a big orthodox Jewish family, a big Baltimore Jewish community. But I had to ask my father to enroll me in Hebrew school when I was eleven so that I could be bar mitzvahed. I had picked up on this significant religious and cultural tradition from an American television show, “Hey Arnold!” It was also the age at which I first found the word “kike” and the age I can first remember my friends making anti-Semitic jokes. I don’t know if they learned their prejudice from a television show.

“Jews have been targets of genocide throughout history, but the Jews who were able to escape were often upper class and better able to assimilate,” Aaron Samuels said to me over the phone. I called him to discuss the sociopolitical aspects of his book, Yarmulkes & Fitted Caps. “We see this in Egypt, Babylonia, Persia, Russia, and so on.  Assimilation was a survival tactic, but not all Jews had access to it. Today Jews of color represent a counter-narrative to that assimilation.  But we need to remember that Jews have always been a multiracial group, since the beginning of our people.”

What’s most exciting to me about Yarmulkes & Fitted Caps is the strength of its counter narrative. It documents in beautiful and powerful verse Samuels’ navigation of his socially constructed identity and his personal experience of self as they mutually evolve from his childhood into his future. He writes his Judaism, his blackness, his masculinity, his sexuality.

Samuels’ book is in the Jewish tradition of midrash, the active construction of communal identity through retelling and reinterpreting stories. “What Really Happened on Mt. Moriah” is a harrowing retelling of the binding of Isaac that reroutes the Jewish abolition of human sacrifice through a collection of servants rather than a patriarchal sage. Samuels recasts the ten plagues and expands the stories of Moses’ exile from Egypt. But what feels most crucial is how he applies this technique of retelling to his own experience.

Sometimes it’s within one poem, like the winding repetition over locks of hair in “Which Keeps Me” or embedded in the structure of the poem as in “Covered In Grass”, which borrows from Tyehimba Jess’ contrapuntal technique. Some figures and events surface in several poems. Samuels’ repeated examinations of his brother, Jacob, and adoption of his voice in some poems fashions a powerful lens on family, culture, and the making of race. In “Tashlikh”, Samuels mythologizes his brother:

I imagined him a fourteen year old boy with cornrows. I imagined him skinny and fragile and guilty, and willing to jump into any sludge puddle to avoid his brother’s disappointement.

But we all saw a squid titan, a Moses of sorts, presenting the ram’s horn to his people like commandments, standing in a puddle of bread crumbs, happy to have something to blow about.

Reading poems with this much power loaded in the language and so much emotional candor makes me feel powerful myself. Aaron’s ability to take traditions like the dozens and midrash and unify them in one poetic language illustrates modernity in Judaism and historicity of black peoples, subverting common oppressive narratives. For many years I have been unsure in how to navigate my own Jewish identity, which has felt swallowed up by assimilation. Aaron’s defiance in the face of literary biases that devalue black expression, in the face of personal struggle between communities with which he identifies, in the face of a society bent on dehumanizing him and using him to dehumanize others, and his courage in closely studying himself and the world around him, empowers him and empowers me.

Yarmulkes & Fitted Caps by Aaron Levy Samuels is published by Write Bloody Publishing and can be purchased through their webstore.