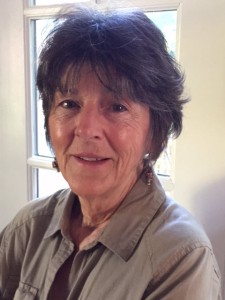 I used to fear going inside a prison. Like many people, my ideas were fueled by media portrayals of the “hardened criminals” who exist behind the walls, locked away from society. But in recent years, thanks to Michelle Alexander’s fine work The New Jim Crow, I’d learned more about how the prison system operates and could see that, in many ways, our current criminal justice system was stacked against poor and minority populations.

The radio show Crossroads, a weekly radio program on WPFW in Washington, DC, hosted by Roach Brown only reinforced what I learned about prisoners from Michelle Alexander’s work.

Brown identifies himself as a former inmate and a national advocate for the men and women in and out of our prisons. Every week, he relates stories of former inmates who struggle to make a better life for themselves but face tremendous obstacles to reentering society. I’ve learned a lot from listening to Brown’s personal tale as well as the stories of countless men and women—many of whom freely admit to making bad decisions as young people and serving long years locked away. Their stories revealed to me a human side of the people we lump into the category of criminals. After a couple of years as a steady listener, my fears melted a little as I began to understand the complexity of their lives and to hear over and over again how many of them work to improve themselves in prison, much like Brown did, and how many want to give back to society in a positive way.

Because of my feelings, I had been already thinking about visiting a prison and myself offering a writing group even before I met Linda Moghadam and learned of her work at the Patuxent Institution. I felt a kinship with Linda as we sat in her office at the University of Maryland College Park, and chatted about her background, her interests, and her experiences with running a writing group at Jessup for the past eight years.

Linda Moghadam received her bachelor’s and master’s degrees as well as her and Ph.D. in Sociology (1989) from the University of Maryland College Park. She has served as the Director of the Sociology Undergraduate Program since 1989 and also lectures on the sociology of education. Her areas of interest include work and family, inequality issues, and education.

Ann Bracken: Tell me how you came to work at the Patuxent Institution. How long have you been volunteering there?

Linda Moghadam: I started volunteering in the college program at Patuxent (a partnership between Anne Arundel Community College and Patuxent Institution, funded by a small grant) eight years ago.  The college program was active for a little more than ten years and was quite successful.  Over 50 men and women (there is a small women’s unit at Patuxent – kept separate from the men’s) earned associates degrees.  Ed Duke administered the program and ran it on a shoestring.   When the funds ran out, we were able to raise enough money to allow those closest to an AA degree to graduate.

AB: What can you tell me about the programs that were there at the time?

LM: During that time there were several enrichment programs (resumes workshops, social entrepreneurship programs) available.  The end of the college program was accompanied by an end to these programs.  I stayed on and did a writing workshop with a group of interested men, most of whom I had taught in various sociology courses.  The chaplain’s wife, who is an art teacher, also volunteered. She initiated and ran a very successful art program.

AB: How many men are currently in the writing program?

LM: There are ten men in the writing program.  These programs and others could be expanded with additional volunteers.   The members of the writing group are interesting and engaged in their work, the discussions and the work they do are about things that matter.   The time I spend at Patuxent is in many ways one of the best parts of my week.

AB: What has most impressed you about working with the men?

LM: Since the writing and art programs have been in place we have had two joint events that combined presenting the work of the writing group and the art group, along with some musical accompaniment from several of the men.  I have been moved by the energy, hard work and collegiality among the men in producing and performing.  Several of the therapists have also been extremely supportive in helping to arrange these events.  There is a considerable amount of talent among the participants and the opportunity to present their work as well as the opportunity to collaborate with others has had real value.   One of the poets who participated in the first event observed later that it is was the first time he had not felt like a number since he had arrived at Patuxent.

AB: How would you describe your philosophy of life?

LM: I suppose my philosophy of life can be borrowed from the author of the one-act play The Cultivators I sent you.  The play was inspired after the author read Victor Hugo’s Les Miserables.

“And what does the nettle (seed) need?  Very little soil, no care, no culture; except that the seeds fall as fast as they ripen, and it is difficult to gather them, that is all.  If we would take a few pains, the nettle would be useful; we neglect it, and it becomes harmful.  Then we kill it.  How much men are like the nettle! . . . My friends, remember this, that there are no bad herbs, and no bad men; there are only bad cultivators.”

We read and studying these things, and yet we fail to benefit from their wisdom.

AB: What are the men most interested in learning?

LM:   Just about everything.   Some of the men are voracious readers and are interested in history, literature, science. As you noted during your visit, they put you and me to shame in how well read many of them are. Neither one of us has read Uncle Tom’s Cabin or Proust, yet several of the men had.  They also have an interest in learning more about restorative justice and in finding ways to give back to their communities..

AB: I know that one of the men has written a play. What’s it about?

LM: Actually two men wrote plays. One of the plays was particularly impressive for the way in which it incorporated a vision and understanding of society garnered from literature as well as the social sciences. It’s exciting to observe the ways in which the men have applied what they have learned—both from experience and literature –in their story telling.

AB: What has been the most surprising thing about working with the men?

LM: No real surprises here. When I was growing up, my dad had gotten burned quite a few times by friends – sometimes by family. As a result, his view of the world changed, and he was always telling me that most people were not to be trusted. He was sure that I would learn this lesson eventually.   But working at Patuxent has reinforced my view of the world—most people are good, trying to be better, and sometimes making terrible mistakes. But they’re basically good people. I suspect my father knew this as well, but was trying to protect me.

AB: How has the work changed them? How has it changed you?

LM: At the first program where we did readings, one of the poets made an observation that he found it ironic that he would have to come to prison to find that people would actually care about him. In a subsequent meeting of the writing group, he said that in presenting his poetry, it was the first time since he had arrived at Patuxent that he saw himself as something other than a number.   I hope that both through the college program and the writing and art program – and also the therapy that is provided at Patuxent—they have an opportunity to believe in themselves and discover what they are capable of.

This experience has changed me in all sorts of ways. The men helped me choose a book for my grandson’s 5th-grade graduation. I’ve developed an ongoing appreciation for the many undeserved breaks I’ve had. I realize that great company comes in unexpected places. And I feel a push to read more to keep up with the group.

LM: These types of program are important, but, even more, important are policies that stem the flow of our citizens into prison.   You can see from just one meeting with the writing group how talented they are and what they could contribute to society had their early lives been different.

Linda’s words about what the men could contribute once they can return to society reminded me about a program I attended a couple of months ago with Betty May, a theatrical director, writer, high school teacher, circus coach, and clown from Columbia, MD. Betty did a presentation on her book Faces, which details how she worked with women in the Maryland Correctional Institution for Women and helped them put on an original play. May supported the women, all of whom were serving life sentences, as they wrote and performed their original play “Faces,” which was performed at the prison and also found its way to the Kennedy Center Stage. The play told their collective stories to serve as a warning to young people who were on the wrong path in life. The women had one simple wish: “If we can help just one kid, all the work we do will be worth it. “

Editor’s Note: If this interview interests you, check out LPR’s Issue 21: Prison https://littlepatuxentreview.org/sales/individual-issues-2/.

2 thoughts on “Interview with Linda Moghadam”