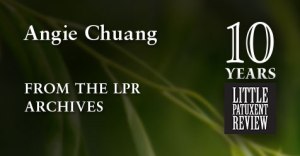 This essay was originally published on August 7, 2015. It is being re-shared in support of LPR’s 10th Anniversary celebration.

I was one of thousands of “embedded” reporters in Afghanistan during the post-9/11 years—only I didn’t embed with a military unit, I lived with a family in Kabul (and traveled with them to their rural village in Ghazni) for nearly a month. This family and my experiences in Afghanistan with them formed the central narrative of my hybrid memoir, The Four Words for Home.

We’ve officially withdrawn U.S. and NATO troops from Afghanistan, and we’re left with a vague feeling that though the Taliban were overthrown from official leadership, our understanding of this complex nation is more tenuous than ever. Perhaps it was easier for the U.S. government and the American Mind to perceive “The Afghan People” as mysterious and inscrutable. That way, we could throw up our hands and chalk up any nation-building failures to the inherent fierceness and ungovernable nature of the Afghan people. Just ask Alexander the Great in 330 B.C. or the Soviet Army in 1988 A.D.

So in honor of Little Patuxent Review’s forthcoming theme issue on Myth, I offer my personal debunking of five myths about Afghanistan and Afghans I’ve commonly heard.

NOTE: If you enjoyed this essay, please check out LPR’s Issue 19: Myth. https://littlepatuxentreview.org/issues/19-winter-2016-myth/