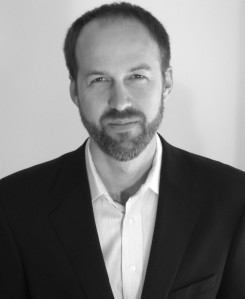 Jerry Gabriel’s first book of fiction, Drowned Boy, won the Mary McCarthy Prize in Short Fiction and was published in 2010 (Sarabande Books). It was a Barnes and Noble “Discover Great New Writers” pick and awarded the 2011 Towson Prize for Literature. His second book of fiction, The Let Go, was published in 2015 (Queen’s Ferry Press). His stories have appeared in One Story, Epoch, Fiction, Five Chapters, and The Missouri Review, among other publications. His work has been short-listed for a Pushcart Prize and he has received grants and fellowships from the New York Foundation for the Arts (2004), the Bread Loaf Writers’ Conference (2011), and the National Endowment for the Arts (2016). He lives with his family in southern Maryland, where he teaches writing at St. Mary’s College of Maryland and directs the Chesapeake Writers’ Conference.

When I was in perhaps fifth grade, I wrote a “paper” on the Chesapeake Bay Bridge-Tunnel, which I guess fascinated me at the time, but that was probably most of the thinking I did on the subject until I moved here with my wife twenty-five years later.  But my relationship with the Chesapeake Bay is actually pretty rich, if mostly mediated through my children. We live about five minutes from the bay, and we spend a great deal of time there, digging around along the wrack line and in the tidal pools, swimming, getting ankle-bitten by the insidious flies. Though I am not a native Marylander, and I don’t especially like crabs or extreme humidity, I have come to see the bay as a special place. There is a museum on Solomon’s Island—the Calvert Marine Museum—that does a great job of showing the interconnectedness of life in and around the bay, and at the college where I teach—St. Mary’s College of Maryland—we try to speak to that same interconnectedness. I act as faculty editor for a journal on campus that is dedicated to the environmental and cultural change in the region—it’s called Slackwater—and being involved in that project has also made me appreciate much about the bay and its bounty, as well as its fragility.

Q: Has proximity to the bay in St. Mary’s City influenced your writing at all?

I wouldn’t say my writing has been affected yet by this proximity, but I certainly think it’s slowly working on me. I have lived a number of places, and in some important ways, I think of myself as a place-based writer, so I’m not especially comfortable just dropping my characters into new landscapes. I have to feel like I know a place. That said, I’m working on a book set in the 1860s in the Midwest, a place I couldn’t possibly have known, so take all of this with a grain of salt, I guess.

Q: There’s a lot of history to St. Mary’s. I know very little but I think of early Catholic settlements and of slavery. Have you written about these or other aspects of the history of your region?

Through my involvement with Slackwater these last several years, I’ve learned a great deal about the history you speak of. It’s powerful—and goes way back. Again, I have not yet had any of that seep into my work. But I certainly don’t rule it out. I have become very interested in the sixteenth and seventeenth centuries lately, so it could be a case of adding two and two together, creatively.

Q: What’s the origin story of the Chesapeake Writers’ Conference?

Well, there was a poetry festival at the college for many years that was created and directed by Michael Glaser, a poet who is still lives in the area. This conference is an extension of that work, in some ways. But it is also an attempt to make this beautiful spot a hub for literary connections in the region. The campus is very quiet in the summer and it is a great place to get together and talk about ideas related to writing. I’ve been very lucky to gather some incredible faculty members—including folks like Patricia Henley, who has been a finalist for the National Book Award—and it’s just been such a rich experience across the board, for me, for the faculty, for all the folks who attend (including high schoolers and SMCM undergrads).  The ethos—and I think this, too, goes back to Michael Glaser’s festival—is rooted in possibility. No one here subscribes to the “cut me down to make me stronger” theory of creative writing instruction.

Q: Is there a theme or focus to this one?

We don’t really have a theme, just, as I say, an ethos. It is a positive experience, one in which the writing (and writing life) dialogue is open and ongoing, from the workshop to dinner to evenings at the River Center, winding down and watching the sunset.

Q: I can’t make your conference this year. But are writers’ conferences something that should be on my radar as a young writer? Should I be going to things like this?

Of course it would be foolish of me to speak  to what one “should” do as a writer. The thing I’ve learned about writing is that there is not one just path, and so, while community is important, everyone has to sort it out for themselves, what is going to work for them. That said, I think the conference has been incredibly valuable for many of the younger writers who have attended, some of  whom have gone on to pursue graduate study in writing—not that that’s the highest good, but one rubric to gauge the role we can play (or, at least, have played). It’s an incredibly condensed experience—a week where all you do is think about and talk about writing. I never experienced anything like it when I was younger. I think I would’ve liked it.

One thought on “Meet the Neighbors: Jerry Gabriel of the Chesapeake Writers’ Conference”